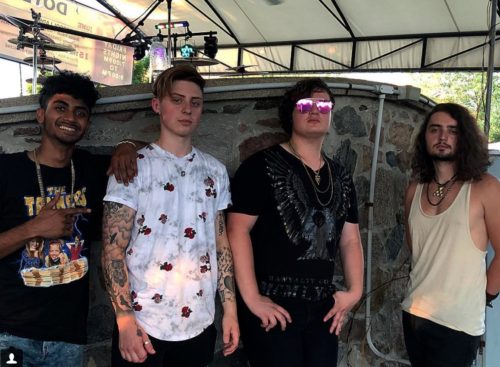 It’s a breath of fresh air to hear good music from a new rock act that aren’t recycling nineties grunge. They are called Recess, all in their late teens and early twenties, hailing from Ohio. They started performing classic rock songs in basement of a house and instead of ending up sounding like Greta Van Fleet, they are hybrid of Panic and Imagine Dragons. Having met the band, I can tell you they have a bunch strong tunes that are waiting to be released. The young alternative act thinks like seasoned musicians and are very particular with vocals and production.  Anthony who plays keyboards notes, “With the release of our new single “Leaving Home” off of our upcoming EP “From Dust to Gold”, we are really trying to revolutionize the pop industry and just show how four crazy ridiculous kids can rise from a small town in Cleveland, Ohio, and, by working hard and refusing to give up, show people that it can be done.” Recess is definitely an artist to watch in 2018-2019, but the band remains cautiously optimistic, “Our biggest challenge as a pop band is definitely competing in a time in which there is so much good music and so many amazing artists around and available”. Give it a stream.
info@recessbandofficial.com, ryan@clutch32.com