Cardi & Candace: The Clash of The Artist & The Influencer 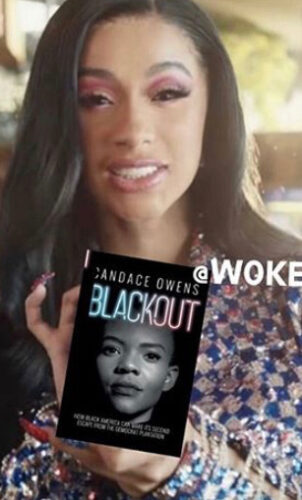 Have you been following the twitter war between Cardi B and Candace Owens? It’s viscous. If you haven’t see the Twitter battle, then you’re hiding in a basement. Cardi B has a #1 song with WAP and Candace is closing in on a #1 book titled Blackout. Both have been on the attack since Saturday night with Cardi B dedicating several instagram posts to Candace. Both are on the opposite side of the political sphere while Cardi is on the left side while Candace is on the right. Both are accusing each other of pandering and clout chasing. While many artists are becoming more politically engaged, they’re venturing into a world that is unfamiliar territory. Candace said to Cardi, “You’re coming into my world”.  Although art and politics were always relational, artists must be aware that it’s a rocky road. While artists are working harder than ever to build and keep an attentive fanbase, and as far as art and activism favorably benefiting an artist, well, this year will be a true test.