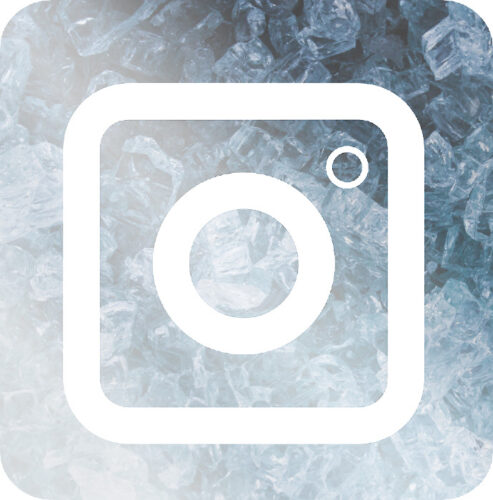 Instagram is losing its popularity. Why? Everybody is on TikTok and people are getting bored of influencer marketing and ads.

Instagram went totally corporate. It’s now geared for the politician and the corporation with deep pockets that will spend hundreds of thousands for top shelf placement. It’s for the online celebrity who wants to sell things to followers.

I wonder if those who spend enormous amount of money on the platform know it’s losing influence.

Too many influencers, not enough eyeballs: Will boredom kill Instagram?

It’s nearly impossible for a instagram user to achieve organic reach. When I mean organic reach I’m talking posting content without paid promotion and people coming across your content in a non-targeted way.

Of course these companies don’t want you to build a reach organically. They want you to pay for it, that’s why they are killing organic reach.

Cuomo Comes For The Chainsmokers 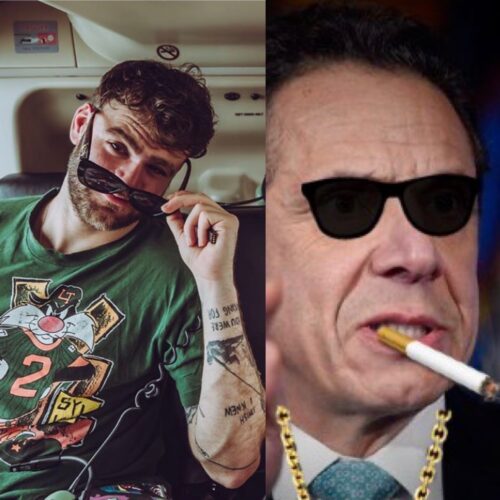 Before Governor Andrew Cuomo prepares to take his own victory tour on the road after he spared the lives of New Yorkers from covid he has some things to tidy up. That’s investigating the EDM duo The Chainsmokers for playing a outdoor concert. It’s been reported that while commuting in a subway, a concerned citizen showed the governor a video he was appalled by videos showing crowds standing close together at a Hamptons concert over the weekend. Other witnesses saw a crowd of people who were socially distancing with masks. Of course, we know today that events are widely open for interpretation. Regardless, Cuomo says “We have no tolerance for the illegal reckless endangerment of public health,”.
Now, it will be interesting to see how this all plays out. Because some notable figures were also billed at this festivity. Goldman Sachs CEO David Solomon and Southampton Town Supervisor Jay Schneiderman’s band performed.
Funnily enough, the charity event which was billed Safe and Sound is being called not safe, not sound. The Goldman Sachs CEO and Andrew Cuomo can duke it out and take it to the streets while Kanye keeps the score. 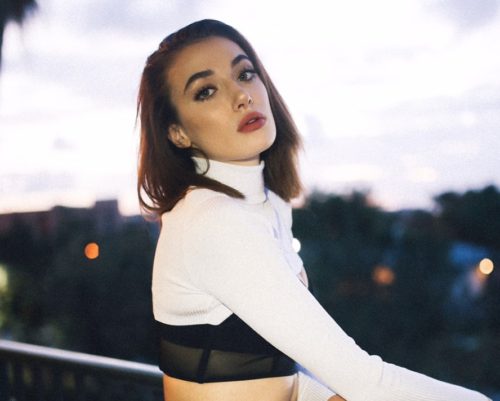 The 17 year old songstress released the new R&B laced track “No Love“. Signed to Island Records, she has racked in over 70 million Spotify streams. Olivia O’Brien made a huge splash with her vocals on the SMASH HIT “i​ hate u, i love u”. Drawing from pop, R&B, and hip hop, the LA based singer-songwriter has released 6 singles to date.

What’s the inspiration behind the latest track ‘No Love’?

It’s about what I have observed from the social scene of LA – people going out just for the sake of showing face, people lying and plotting to gain fame that is undeserved and seems like they have it for no reason, people acting one way online and another in person… etc. There are so many disturbing things I saw that inspired me to write this song. A lot of things seem fake and no one is actually friends or actually in love, they start relationships solely based on how it can benefit them. It’s truly sad to watch.

Do you have a particular message that you want to convey to your audience?

My most important value in life and in my music is honesty. I want to be as honest as I possibly can with the world and I hope that I can inspire people to do the same.

Who is the biggest influence in your life?

SZA is my biggest idol and inspiration in music and just as a person. She is an amazing performer who radiates confidence and is unique in the best ways.

I would like to be remembered as a true artist… someone who wrote her own songs and who was always real no matter what.

What is your short-term career goal?

I don’t have any short-term goals really… all of them are long-term. I want to build a long lasting career so that I can do this my whole life and I will do whatever it takes. My only real short-term goal is that I can continue writing my own songs and releasing them as soon as possible. 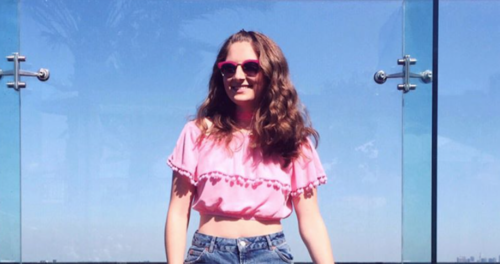 Sophie Rose has written close to 500 songs and she’s only 17! In her short career as a songwriter, she’s already collaborated with Grammy Award winning writers and producers. Having signed a publishing joint venture between hit songwriter Ester Dean and Dr. Luke’s Prescription Songs, she finds inspiration in artists such as Taylor Swift, Bruno Mars and Katy Perry. While she continues to build her resume as a songwriter, this year saw her song “Limitless” clock over 10 million streams with a feature in the new Samsung Galaxy S8 campaign.

As a songwriter, where do you find inspiration?

I find inspiration everywhere! When I write alone it is usually to get something off my chest or to explore an idea. In sessions, we usually start by talking about our problems or any ideas we have and go from there.

Who are your favorite songwriters?

My favorite songwriters are people I actually get to work with, so I am very fortunate. Ester Dean, Brian Lee, Jackie Young, and Meron Ryan are a few of my favorites. I have written with so many amazing people, it would be hard to list them all!

When you write, does an audience come to mind?

Sometimes, but not always. When I’m in a session and we are writing to pitch, there is an audience in mind if we’re writing for a specific artist. When I write alone, I am usually writing for my own artist project, so I tend to focus on what I’m feeling and what I have to say rather than writing for a particular audience.

How old were you when you wrote your first song?

I wrote my first real, structured song when I was 9 years old about a cute boy.

Your latest song was self produced. Do you have a home recording studio? What do you use to record music?

I do have a home studio called The Barn. It’s on Instagram as @thebarnstudio. I use KRK speakers, a Universal Audio Apollo Twin Interface, a Gauge E87 mic, a reflection filter, and a small midi keyboard. One of the first producers I ever worked with who is still one of my greatest mentors, Ron Harris, set it up for me and got me started. I learned by doing and from YouTube, haha!

How would you describe the music climate?

The music business is a very difficult environment for songwriters right now. Luckily, we have a lot of advocates who are going to Washington to enact change, but we should all make our voices heard. As an artist, I am very excited for what the future holds.

Personally, I use Apple Music and Spotify. I think both are great!

I would like to headline my own tour, of course! It would also be fun to tour with Selena Gomez, Shawn Mendes, or Hailee Steinfeld.

Joey Sturgis “We’re all in the business of creating something meaningful. It’s just a matter of getting it into the hands of the people who need it.” 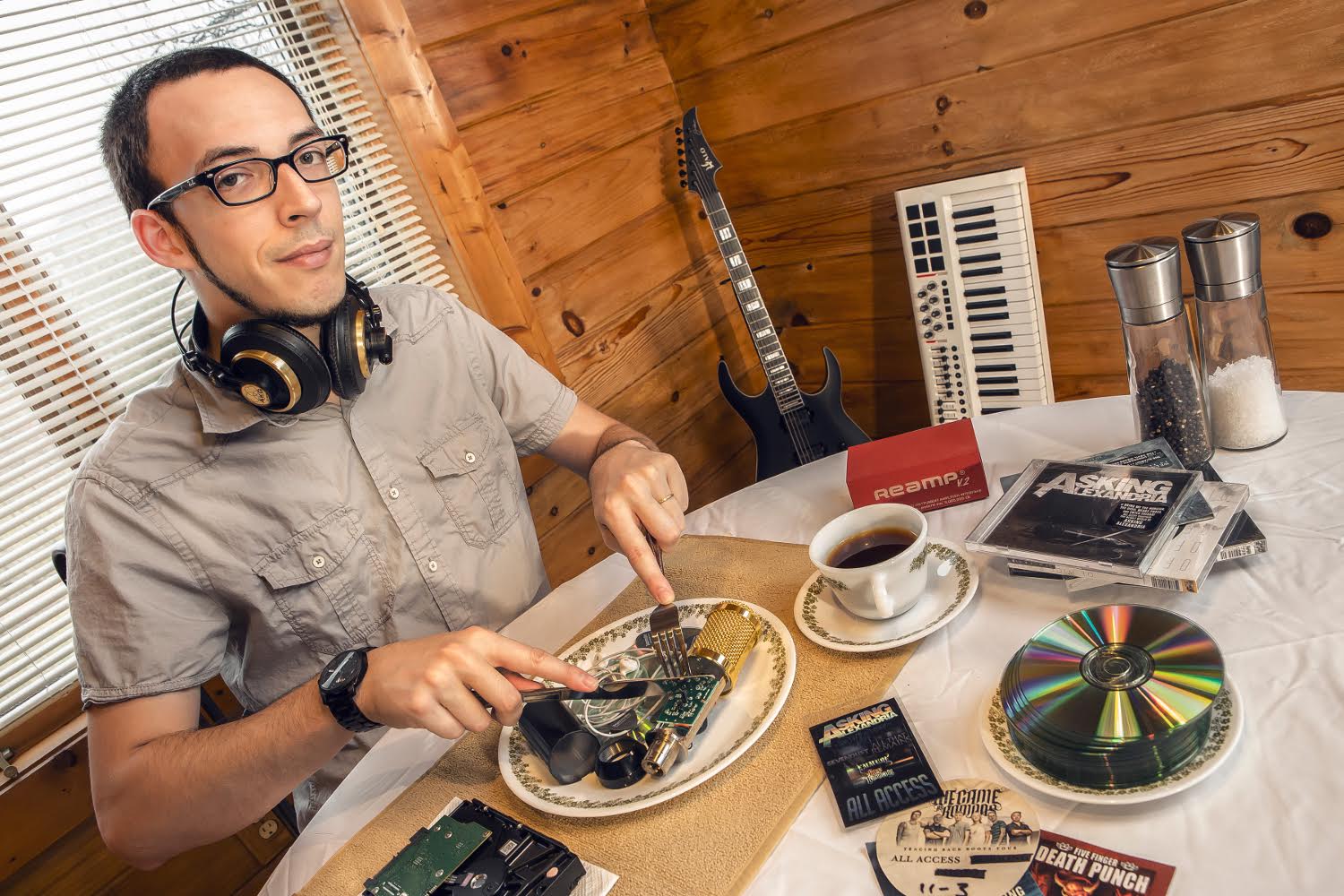 I had an interesting creative discussion with Joey Sturgis, an entrepreneur and educator, and a known producer in the rock genre, working with popular acts such as Gold selling Asking Alexandria, Of Mice and Men, and The Devil Wears Prada. When he’s not producing, he is running a business. Joey owns audio recording software companies, Joey Sturgis Tones and Drumforge, and heads an educational mixing site Nailthemix.com. Lastly, he has his own recording community Unstoppable Recording Machine Podcast.

What is your brand?

How did you build Joey Sturgis Tones?

Joey Sturgis Tones came about in 2014 with the introduction of my flagship plugin, Gain Reduction. Gain Reduction was introduced as a simple solution to give everyone my signature vocal sound, as can be heard on all of my work with bands like Asking Alexandria, We Came As Romans & dozens more. Over the past 2 years, half a dozen other plugins have been introduced based on feedback from the audio community, and built around the notion that professional-quality sound can be achieved without the traditional “professional-quality” price tag associated with most plugin manufacturers. I’ve designed the plugins around problems I encountered in the studio, and I gave them designs that any musical or creative person could understand, rather than requiring extensive audio knowledge to use. I wanted to break down technical barriers between artist and production. END_OF_DOCUMENT_TOKEN_TO_BE_REPLACED