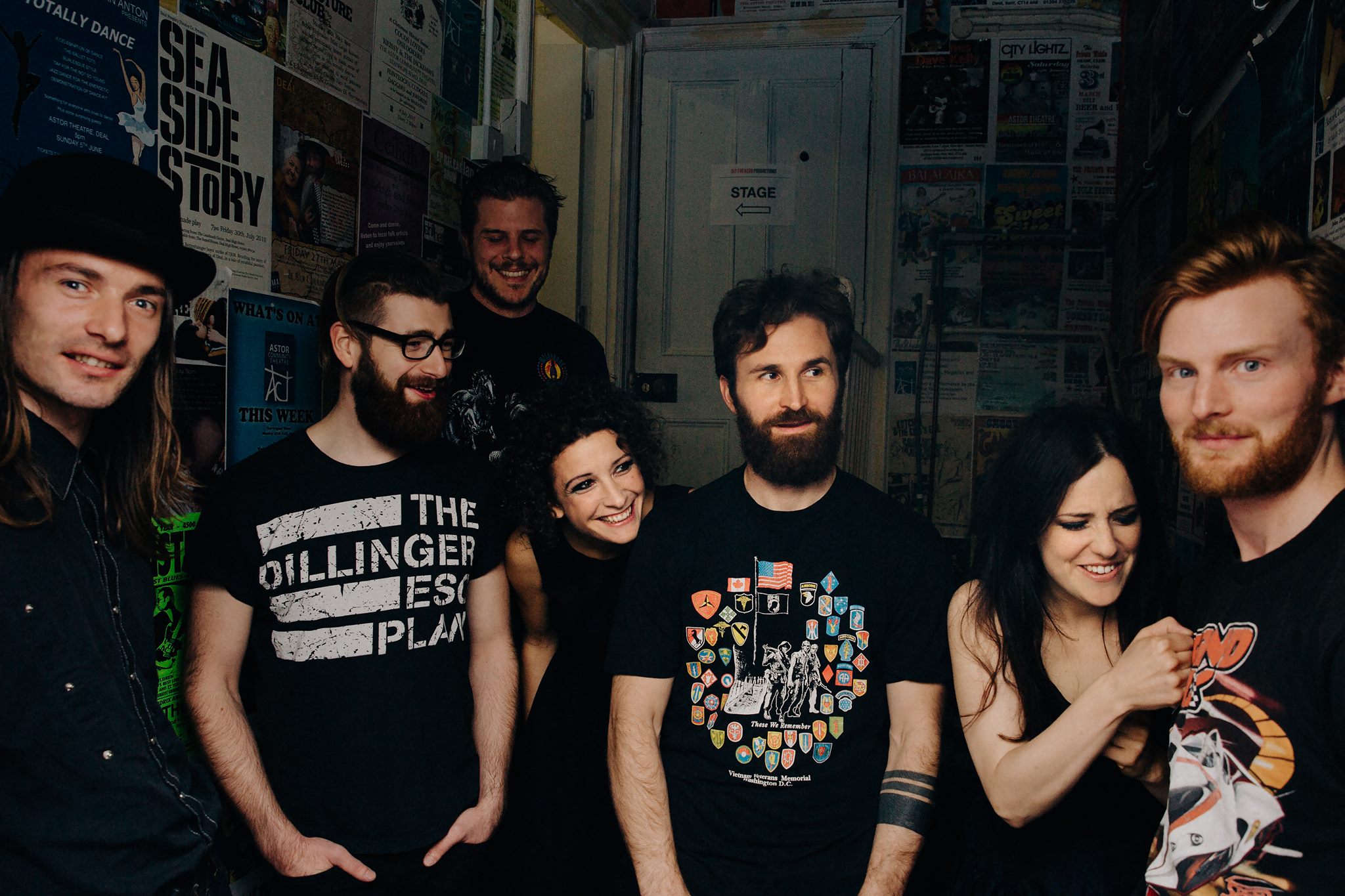 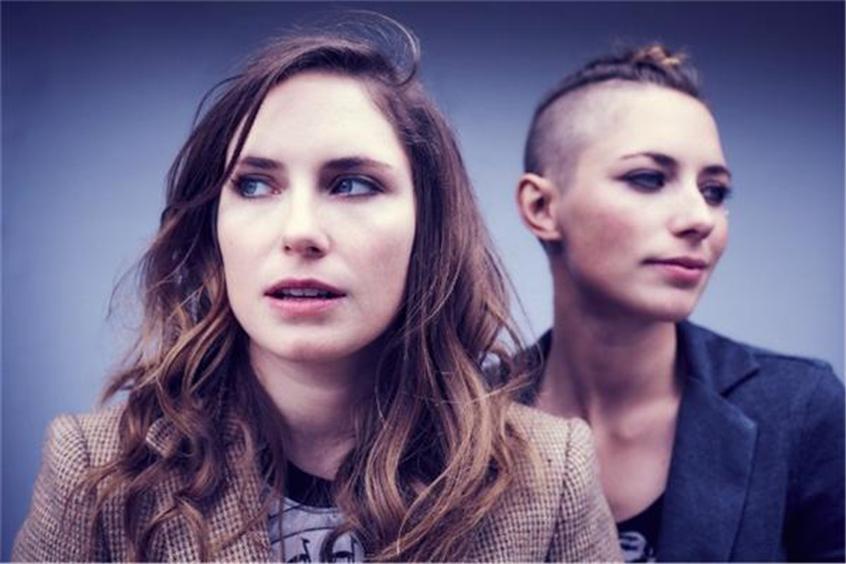 I Want That via Good Graeff

Twin sister duo Good Graeff are making noise with their unique indie pop sound. The duo is comprised of Brooke (guitar, lead vocals) and Brit Graeff (cello, backup vocals) who started in a Hanoi, Vietnam living room winning their high school “Battle of The Bands” competition. You’ll hear wide range of influences from The Pixies, Tegan and Sara and Andrew Bird. They just premiered their new music video for single “I Want That” off their upcoming record, ‘Good Job Go”. Baeble Music says “Blending sugary guitars, bouncy keys, and luscious cello, “I Want That” has a distinct chamber pop feeling that couches Brooke Graeff’s infectious melodies that can get stuck in your head all day.”
rebecca@bigpicturemediaonline.com
info@goodgraeff.com 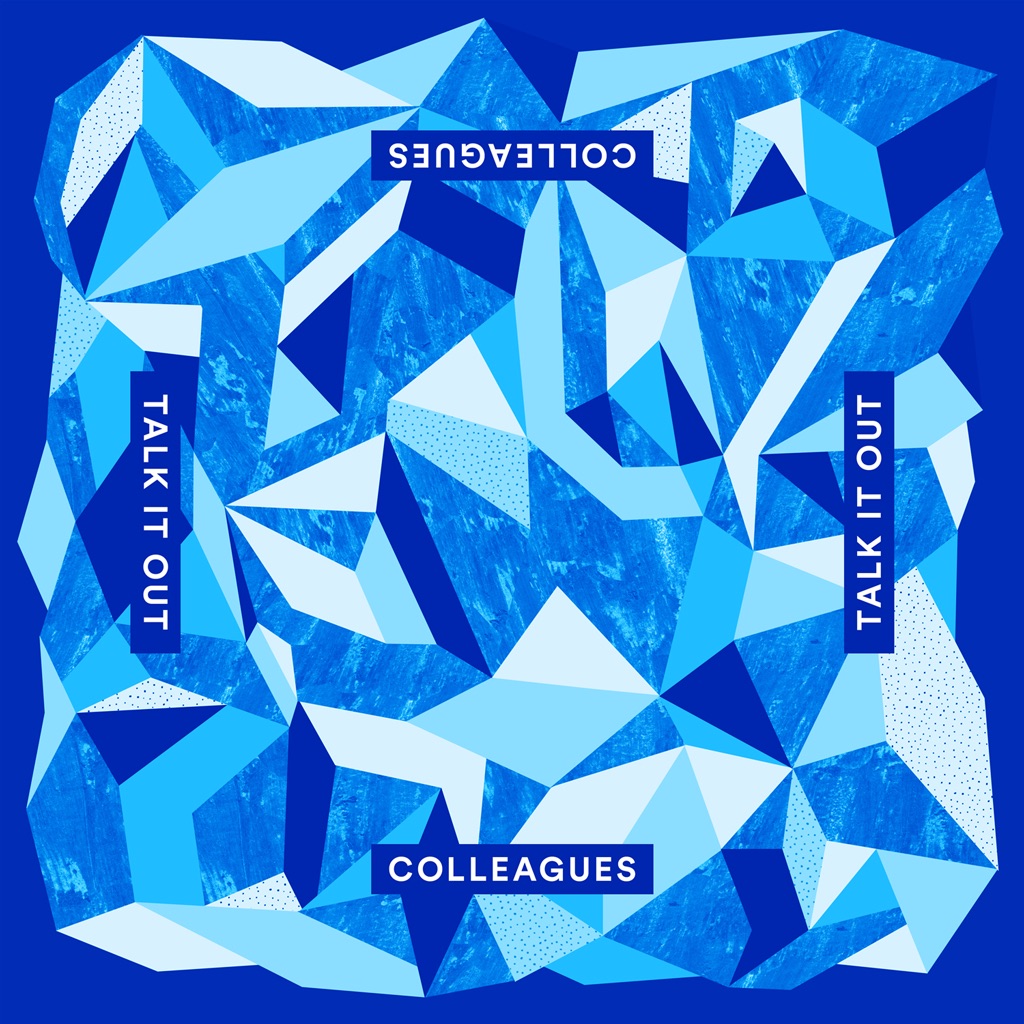 Talk It Out via Colleagues

Colleagues is a synthpop Stockholm act that just released their EP ‘Visits’. The first catchy single ‘Talk It Out’ is layered in synth with an anthemic chorus. They’ll perform their debut show on July 22nd in London. Earmilk notes, “Built around its uplifting mix of repeating synth beats, “Talk It Out” carries a positive tone throughout. While not venturing far beyond the medium that is set in the songs opening, “Talk It Out” is evidence of what Colleagues can do without altering their to-the-point formula.”
ami@parentshouse.se 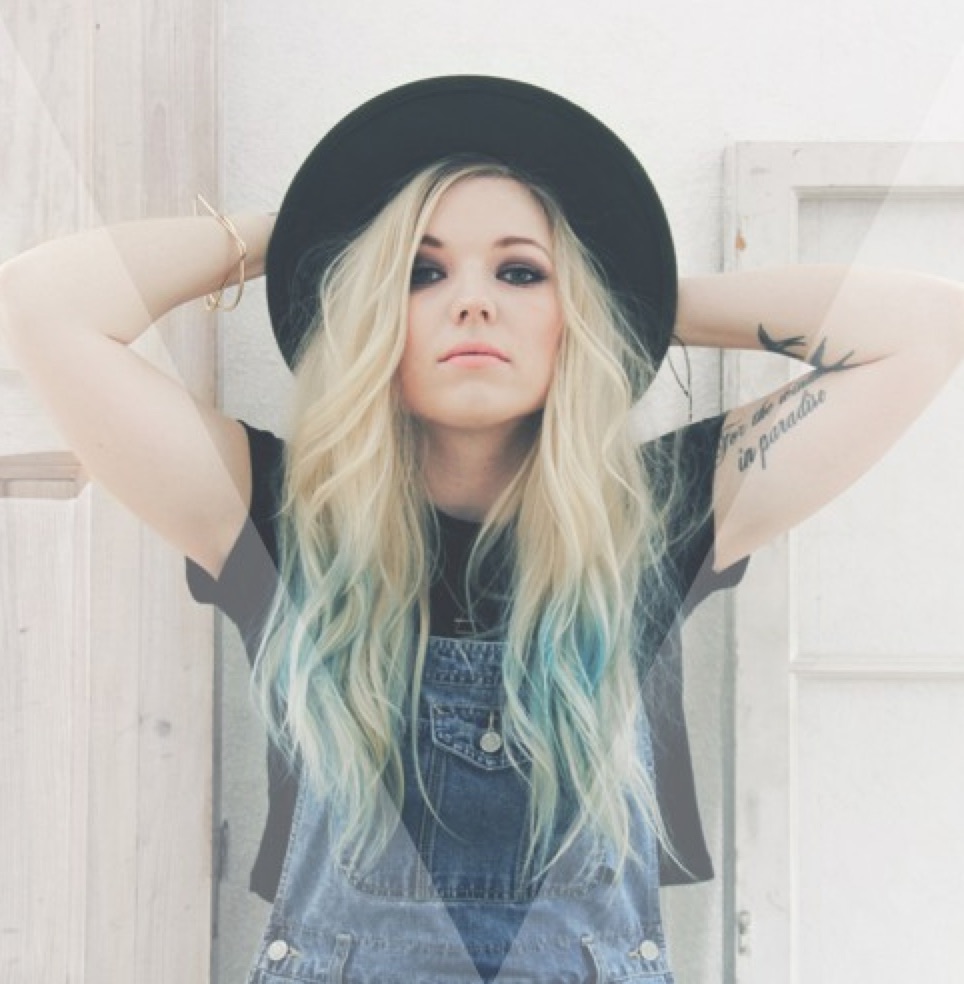 So Dope via Violet Days

Kings favorite Stockholm act Violet Days just released a new track ‘So Dope‘. Artists like Imogen Heap and Natalie Walker come to mind. She was nominated “Rookie Songwriter/Producer of the year” at the Denniz Pop Awards. Scandipop notes “A down-tempo electro ballad with a melody that doesn’t just tug on the heart strings – it pulls them out, rips them apart, and uses them to tear your ears open while you listen to this on a continuous loop in floods of tears.”
magnus@catapult-music.com 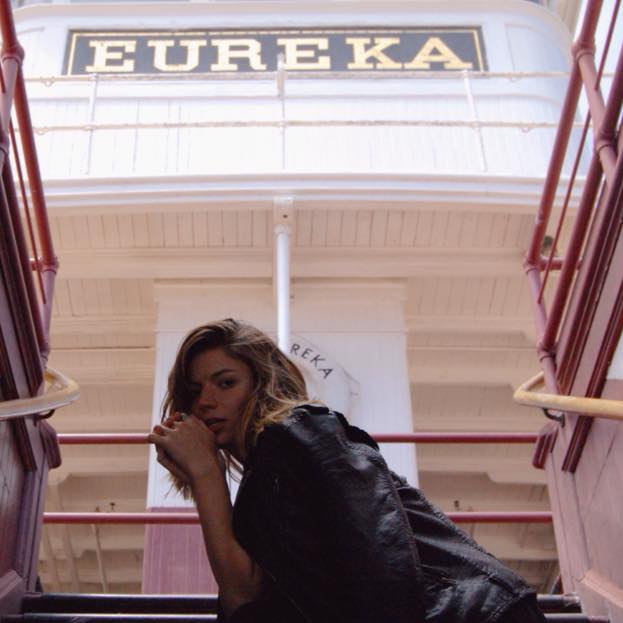 Kings favorite Molly Moore released her most impressive track yet Natural Disaster. The remix of the single has over 200k plays within 2 weeks. She recently performed an acoustic show for “The Burning Ear” blog at The Roosevelt Spare Room. College of Music blog notes “Good, conscious pop music is hard to come across. However, in this case, Molly Moore is the diamond in the rough. Layering her beautiful voice over a synth-filled production, Molly’s second official release has an amazing sound and message that can easily be found.” Molly is currently working on a music video for “Don’t Believe It” & performing shows in LA.
Goodmanager@aol.com 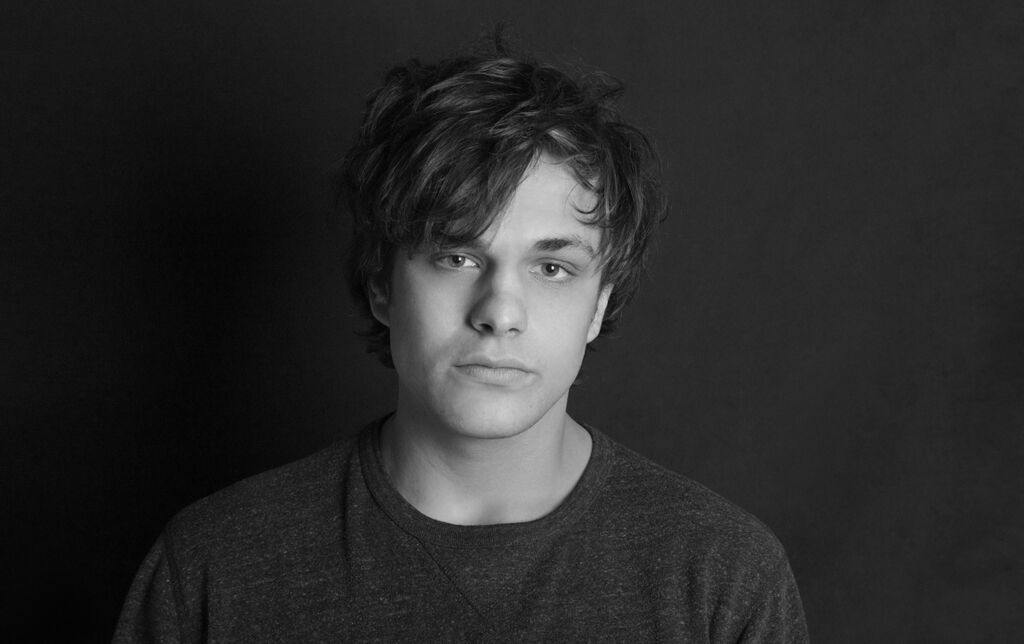 Tenterhook released a new single “What I Like” via Cartoon Records. Produced by Charlie Andrew (Alt-J, Marika Hackman), the track simply memorizes with its monster harmonies and infectious melody that can hang with Passenger’s ‘Let Her Go’ at its best moments. Tenterhook will headline The Lexington on 24th June. He has sold-out all his London headline shows to date including two nights at The Waiting Room and gigs at St. Pancras Old Church and Servant Jazz Quarters. He’s supported Young The Giant and Luke Sital Singh and has had airplay across Radio 1, Radio 2, Radio 4, 6 Music, XFM and Amazing Radio.
hayley@six07press.com, tenterhookband@gmail.com 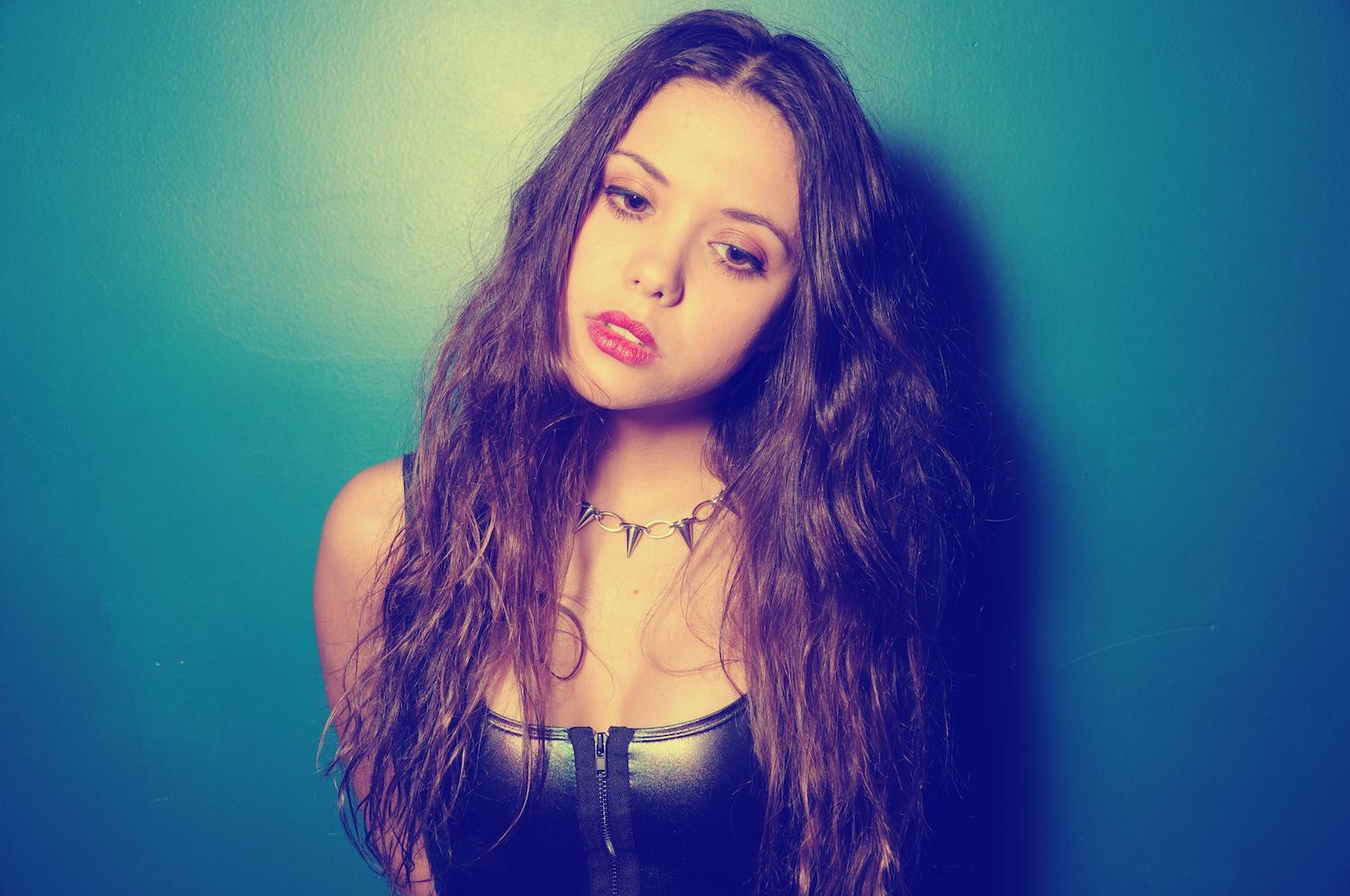 Alexa Melo, a 20 year-old singer-songwriter from Los Angeles released her self-titled debut album. Produced by Christian James-Hand (The Mowgli’s), the first single, ‘Still Right Here‘, has been receiving local SoCal radio airplay on KROQ among others. She is receiving love from Culture Collide, Buzzbands.LA, AllMusic, Purevolume, and ARTISTdirect. Drawing influences from Raddiohead, Björk and Pink Floyd she cites “If I weren’t doing music for myself, I’d be producing or writing for someone else, making music videos for other artists or playing an instrument in someone else’s band”.
mikesavage123@gmail.com

Across The Map via Wave & Rome

Nashville-based alternative-rock act WΛVE & ROME has released its debut EP, Across The Map. Led by Sam Tinnesz, WΛVE & ROME is the result of a three year collaboration with co-writer/co-producer Josh Farro (Farro, Paramore). Tinnesz and Farro found a creative bond in their musical crossroads. The five tracks that Tinnesz brought from the collaboration were further developed and produced by Matt Bronleewe (Joy Williams, Hayden Panettiere, Hayley Williams), and mixed by Chad Howat (Paper Route) in order to become the Across The Map EP. “I spent so much time in the past few years writing for other artists and listening to their stories and what they wanted to say or sound like,” adds Tinnesz. “It’s something I love doing as a creative, but I knew I had my own story to tell and my own sound to bring when I started writing for Wave & Rome. The new EP landed in iTunes ‘New Music’ and Hot Tracks.
info@waveandrome.com