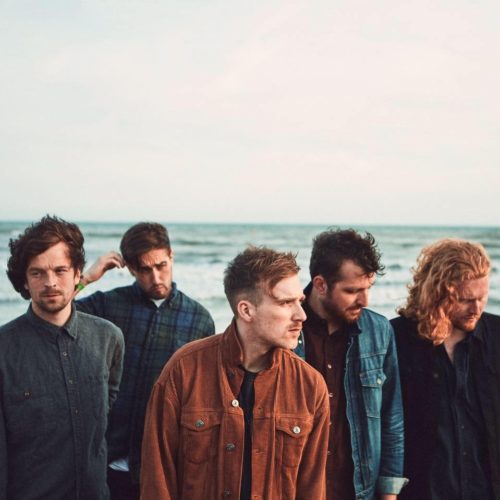 Cape Cub, a UK alternative pop-rock band released the track Moonglow. It’s safe and has a radio ready chorus with proper a bridge and chants. If they can pump out more quality tracks like this gem, then maybe they have something. Beginning as a solo project of lead singer Chad Male quickly turned into a full fledge band that has toured the club circuit with The Temper Trap and We Are Scientists across the UK. But the band wishes to graduate from clubs to arenas. Singer Chad notes, “Musically, and I swear this is without immodesty, we take our cues from the arenas. We’re unashamed of saying some of our biggest influences are the ones we grew up listening to like The Killers, U2, Springsteen, The Eagles, Kate Bush, Death Cab For Cutie and The Cure. Of course, alternative acts can rarely stack an arena with an audience but Cape Cub can move ahead of their indie peers . Chad opens up about songwriting – “But you know, we’re also unashamed of saying that, when it comes to songwriting and production, we’re as into pop and new music as the next person. We love huge choruses, sweet synth lines, electronic production and hooks that could catch a thief in a bank robbery. Give the latest track a click!