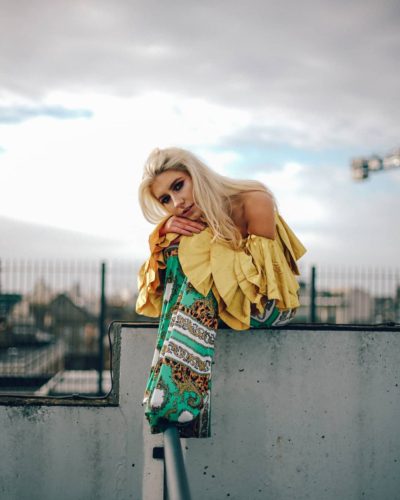 I’m enjoying the new track Feel Better by electro pop artist Fi. The Irish singer says the track is a bit different from her first release. I think it’s a better track with a punchier chorus. Fi is from Dublin and cites Halsey, Tove Lo, Lorde, Dua Lipa as influences. The debut single “Éalú” was released earlier in the year and received some radio spins and blog love. Impressed by the reaction to her first song, she flew to Los Angeles and recorded Feel Better with Shayan Amiri which was co-written with Esjay Jones (Nile Rogers, Sean Kingston). Fi reveals, I was listening to a podcast, and the writer is, where Ryan Tedder [of OneRepublic] was being interviewed and giving advice. He said, ‘Go to where the music is: London, LA or NY’. Los Angeles is brimming with so many talented producers, artists, songwriters, and guaranteed sun, so I just booked my flight hoping it would all naturally fall into place … and fortunately somehow it did!” Give the track a stream.
fimusicofficial22@gmail.com