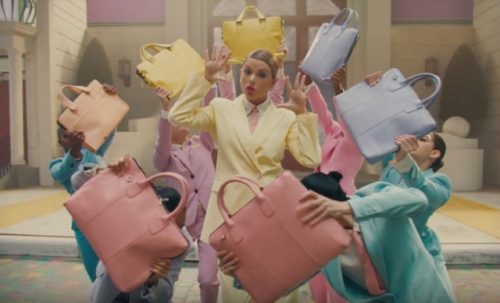 The latest Taylor Swift video for Me! is a mini-million dollar movie. Insiders claim Swift’s latest video cost over a million. Is it worth to spend a million dollars on a music video today? For Swift, sure. She has the money to spend, but for other artists?

It’s hard to make money off videos in the digital age because of streaming.  Unlike 20 years ago, at least today, videos can generate ad revenue whereas MTV paid nothing to artists and labels. Regardless, big budget videos were always a risky bet even in the MTV era because it’s  never a surefire bet that the masses would embrace the song. In many cases, artists would come out with the song first, and if the song did well, then shoot a video.

YouTube pays out approximately $1.50 for every 1,000 views, therefor, music videos should be viewed as a promotional item, not as a profit center, especially for a new artist.

The Economics of Taylor Swift’s ‘ME!’ and Music Videos In the Digital Age

“Videos are as important as they’ve ever been,” says McLynn, who manages Sia and Fall Out Boy and has made videos from $10,000 to $200,000. “When you’re rolling out a bigger artist, you want to double down — you want to make sure you have everything you need, so you up the budget.”

Big budget videos are reserved for a  few artists a year that can generate hundreds of millions of streams. Since the cost of making music videos have gone down, it makes sense for most artists to release videos in the digital age. In fact, music videos and visuals are more important than ever.