The Return of Miley Cyrus and Katy Perry 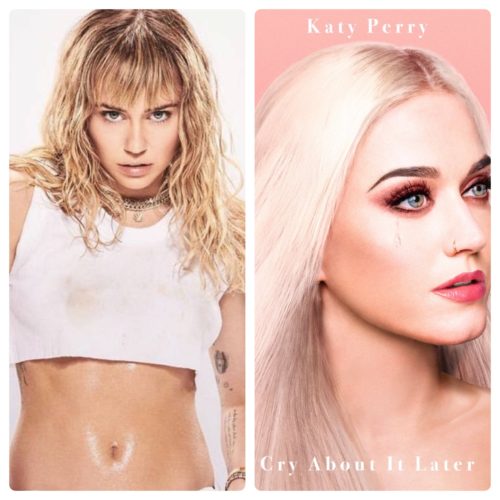 Both Miley Cyrus and Katy Perry are back with new music. Miley dropped the first of three six-song EPs while Katy Perry released a Ariana-Grande style single “Never Really Over.” Perry is aiming for the radio charts and Miley is taking chances again. In fact, Miley hasn’t made a radio album since Bangerz which was released 2013. There has been a lot of talk if Miley and Katy can still move tracks and and sell tickets. While Miley and Katy focused on outside endeavors new pop stars dominated like Post Malone, Ariana Grande, Cardi B, and Billie Eilish.

Most pop stars rarely last more than 5 years, nobody survives the changing trends. That still doesn’t mean business is over.  They can still generate lots of money, even though they can’t pack the same size venues. When the pop stars of yore like Katy and Miley discover the fact they will no longer be trending topics, they will actually start writing great music again – the type of songs that broke them in the first place. Creativity is the highest when their are no strings attached.