Is It Easy To Replicate The Selena Gomez iPhone 11 Pro Videos? 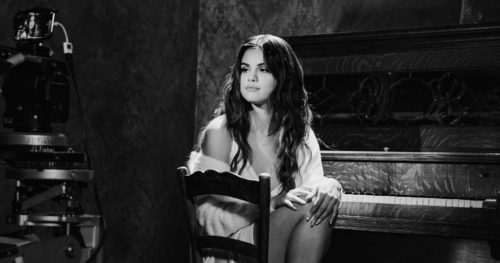 Selena Gomez rolled out new singles but the fact that the new videos for the tracks were shot on the iPhone 11 Pro is receiving more press than the songs themselves.

The reality is that the Selena videos were shot by director Sophie Muller and would be very difficult to replicate by the masses with iPhones. These videos are typically shot on iPhone rigs that include expensive lenses and stabilizers. I won’t argue that the Selena videos are closer to reality being that Sophie Muller kept the shoot pretty simple and it’s more honest than the previous Shot on iPhone” ads.

Peta Pixel notes, “As you can see from the behind the scenes video below by Hunter Simmons, the video seems to be captured on an iPhone 11 Pro with no additional lensing. And while the phone is no doubt sitting under some very expensive cinema lighting—and it’s definitely sitting atop a fluid head and fancy stabilizer arm—the setup and the results are far from the iPhone-on-a-gimbal-with-a-cinema-lens-hanging-out-of-a-car shots in the Bentley ad above. The camera moves in the video are pretty much limited to moving in and out, with some post-processing done to layer other shots onto the original. Despite coming from a well-known music video director, the result comes off simple and straight-forward enough that someone could recreate with their own phone at home… which may have been the point”.