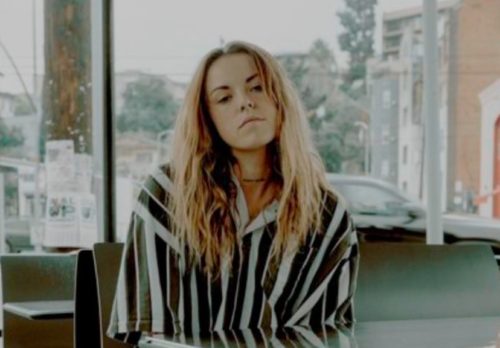 I’ve been featuring and playlisting the series of singles dropped by singer-songwriter Lauren Sanderson . She finally released her debut album ‘Midwest Kids Can Make It Big’. I’d be interested to find out if the title of the album is reflective of reality. Either way, she’s a cut above the rest. Last month she dropped the slower acoustic ballad To The People I Hurt. Repped by Chris Anokute & Grace Segundo, the indiana native wrapped a sold-out tour opening for FINNEAS.