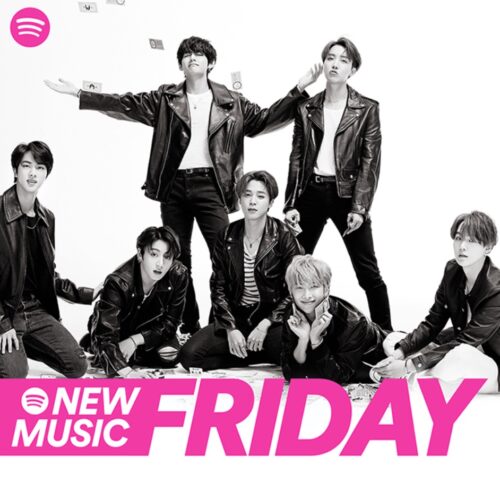 Spotify gives New Music Friday a makeover. With 3.5 million followers, the playlist remains one of the most popular which highlights tracks by established artists and emerging talent.
The playlist which launched in 2014 will be given a celebration with new cover art and New York and Los Angeles billboards. Spotify’s New Music Friday Playlist became a-much-needed-force that helped artists reach a new level of audience. The playlist helped launch Billie Eilish, Tones and I, Lil Tecca, as well as Lizzo – after these artists appeared on the playlist, their stream count went through the roof. In fact, I remember when I first discovered Lewis Capaldi’s ‘Bruises’ on NMF.