Post Malone “It’s A Dark Time In The World 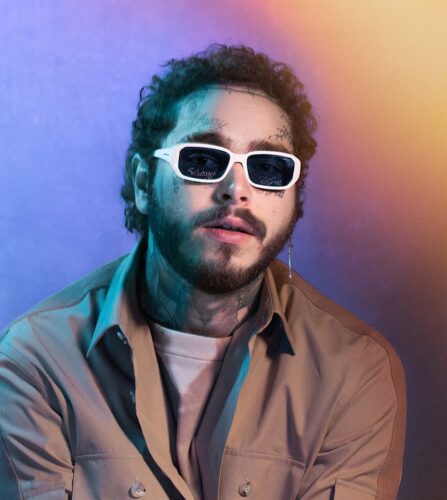 Post is back to writing music and share some personal feelings and perspective. He’s pretty spot on!

“As crazy as the world is and as strong as everybody needs to be, being able to be in my house by myself and just vibe-out and see where my brain takes me — this has been a perfect time to make music, and to write songs about what’s going on currently,” he explained.

“I’m working on an album now,” says Malone “There’s so much to say in these times that will give people hope and hopefully uplift people’s spirits. Because it’s a dark time in America. It’s a dark time in the world. Honestly, for a songwriter to be in the house all day is a blessing and a curse. In the darkest of times I’m just trying to make something beautiful out of it.”
“But [I’m] able to be introspective and think about how [to] be a better person and help out more,” he reflected. “To be honest, I think everyone in America is going a little bit crazy sitting at home all day. So I’ve gone a little bit crazy, and I wanted to take more steps outside of my comfort range and make music that I think — to me — is some of the best I’ve made.”
He hopes his next album with inspire….

“I probably say that every album cycle, but for me it feels so special. I want to make an album that will uplift and show that people are not alone in their times of loneliness and worry and that at the end of the day we all just need to show love to everyone on the planet and figure things out,” he said. “So we’re working pretty hard, and I think we’re making some incredible stuff.”