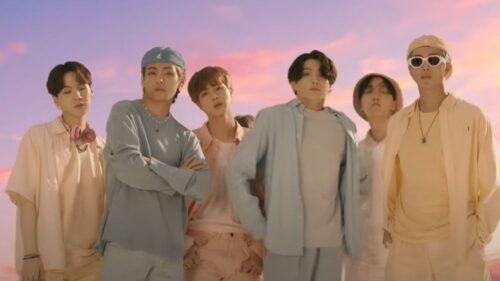 Are you surprised by the headline? I’m not. Of course they have formulated pop songs and coordinated dance routines down to a science, but The K-Pop boy band has an army that helps them conquer charts.

The BTS army is like a paramilitary group with advanced equipment. They have the ability to mobilize large number of fans from making banners and buying ad space in Times Square to coordinating streaming parties to spike numbers on Spotify and YouTube. This leads to media headlines like “BTS gets the most views in 24 hours”

Surprisingly, the army also targets radio and award shows. When it comes to indicators and boosting rankings, they’re on it. Heck, BTS is mentioned an average of 600,000 times on Twitter per day, reports Brand Watch. They won best social media artist, but how could they not?

I’ll be honest, I’m not sure how fans could pull this advanced weaponry off and turn this k-pop boy band in a cultural phenomenon. For a second I’m thinking does the South Korean government have a play in this?

I mean, BTS is worth more than US$3.6 billion to the South Korean economy every year — on par with the contribution of 26 mid-sized companies.

But no. The government is not. In fact the BTS Army launched an appeal to have the members spared for serving in the army, but the PM isn’t having any of it. Despite an appeal by the BTS army, the PM ordered the members of BTS to serve in the army which is a requirement for all citizens. In fact, the oldest member of the group Jin who is 27 would be the first to go off and join the army. All members will have to serve in the near feature which means BTS has peaked and the clock is ticking. But don’t worry, a new group is on the way. Let’s see if they come with a well organized army like BTS.