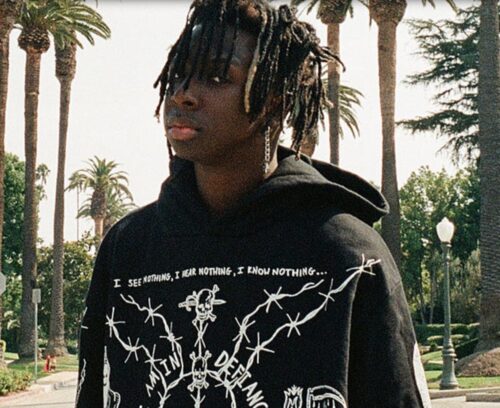 Since we first featured Tokyo’s Revenge, he went on to release a bunch of EP’s – the 2019 EPs MDNGHT (SIDE A) and MDNGHT (SIDE B) and joint project with Joey Trap called Trapped in Tokyo.

Tokyo isn’t just painting himself as a rapper, but as an artist that incorporates all genres. He grew up listening to JayZ, Original Flavor, Slipknot, and Disturbed. When did you ever hear a rapper cite Slipknot as an influence?

He made became known through the track “Goodmorningtokyo! Speaking about his debut track, here is what he says. “I think I know I’m gonna blow up because sometimes I feel like my music is garbage. ‘GoodMorningTokyo!,’ I hate that song. I’m like, Damn, I hate my own music, then I sit down in front of my computer, and mix and master my own music, and put in all this work, and then I put a tiny snippet after not posting on Instagram for a month-and-a-half, and people lose their minds over it. And it reminds me that the thing about blowing up isn’t just about whether you make music that people like, it’s about whether or not you can convey their emotions well through the medium of music.

He just dropped the latest 7 song EP, 7VEN. Give it a listen.