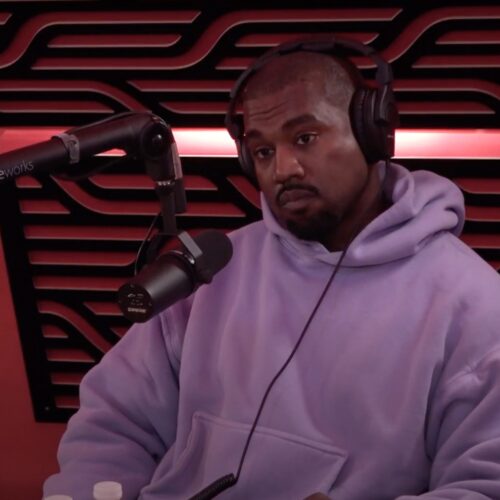 Kanye is a big thinker. He became the biggest hip hop artist of all time. Now, he is thinking about the artist contract he signed with Universal. He isn’t very happy and wanted to negotiate a new contract. In fact, just a month ago, he posted photos of his contract on Twitter. But now Kanye has a different idea.

“I was thinking about buying my masters but I realized that was too small of a thought. I’m going to buy Universal” says Kanye.

“Universal is only a $33bn organization. I’m one of the greatest product producers that ever existed. And I’m a child; I’m 43 years old. I was $53m in debt four years ago. Now it’s proven that I’m the new Michael Jordan of products.”

Could West actually buy the company? Sure he could. West has a personal net worth of $5bn and could easily raise the money to buy Universal Music Group.

Universal Music Group isn’t led by an iconic figurehead. West notes, “They have another Steve Jobs, Howard Hughes, Henry Ford, Disney, Elon kind of character within their midst [referring to himself], but they are so concerned with the control of the idea of artists.

“They are using me as this artist who has attracted other artists. Also, I used them. I got famous. I made some money, I got to tour.

“I became this superstar, so we used each other. Now there’s just an adjustment that needs to be made in the relationship. I can make and I will make products that will make more money than Universal is worth.” You can watch the interview here.