SHAED Finds New Inspiration With New Track No Other Way 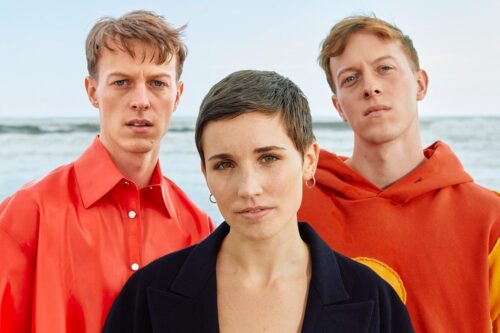 SHAED released a new cool tune No Other Way. It wasn’t too long ago I featured the track “Trampoline“. Nobody could have guessed Trampoline would go massive and find it’s own journey on radio. Whether this was a pop moment or something the band could do again – nobody knows. Regardless, the new song is a perfect follow up as well as the music video which was directed by Miles & AJ who are known with their work for Billie Eilish. Most don’t know, but the Washington, D.C based trio is consists of Chelsea Lee, her husband Spencer Ernst, and his twin brother Max Ernst.

Like for most artists, the GREAT GLOBAL RESET forced SHAED off the road and back home. Most artists are spending time refocusing. As I said previously, many artists are shelving beats and spending timing looking within themselves, as with Shaed who through deep introspection found strength and creativity that inspired ‘No Other Way’ and set the stage for the forthcoming debut LP.