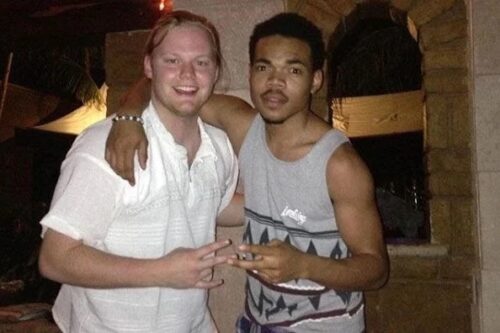 The all-too-common tale between the rise and the fall between the manager, the artist, and fan popularity. When things are great, it’s premiers, red carpet moments, and The Met Galas. When circumstances turn nasty, the fingers begin pointing. Such as the case between Pat the Manager and Chance The Rapper.

Chance The Rapper is being sued by his long time manager Pat Corcoran (Pat The Manager LLC) for $3 Million in unpaid commissions. The music manager was replaced by the rappers father and brother.

According to the suit, Chance fired the long time manager after a lackluster release of his first studio album ‘The Big Day‘ released last year. The tour was forced to cancel over poor ticket sales.

Why was Pat The Manager axed? Because of a mediocre album that was written by Chance that wasn’t received well by the public.

The long time manager was part of the 8 years rise of Chance. The story created around Chance is that he’s an independent rapper who made it without the support of a major record label.
This industry liked the underdog story and handed the rapper three Grammy awards in 2017. Plus, it gives the Grammys credibility. It shows the public the award show isn’t rigged by propping up an artist who isn’t backed by a major. This is all a sideshow folks.

According to Pat The Manager, he pumped lots of money into Chance and wants it back. He had an oral agreement with Chance that he would get 15% of net income.

What happened? According to the manager, Chance rushed the process, and put out a mediocre record in an untimely manner. Then the tour flopped following the album release. I find it interesting how the successful DYI independent rapper of 8 years failed to generate any interest from the fans after a mediocre album release. Typically, fans stick around. That’s if there was a legitimate fan base of course to begin with. In this business, you don’t what know what’s real or bull.
According to the manager Chance’s family members started guiding the rapper who have little experience. Managers are all to familiar with scenario when Aunt Gertrude gets involved and the Brother Billie starts making decisions. The days are numbered and the exit strategy begins.

The manager is asking for 1) The reimbursement of $2.5m personal expenditure on Chance’s career 2) the $3m he says he is owed for past unpaid commissions; 3) 15% of Chance’s net profit (recording, merch, and touring) for three years aftering his firing.