Consumption Machine Eats Everything In Its Path 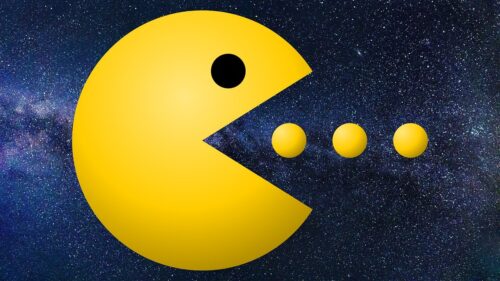 I just read a brilliant piece by Mark Mulligan that talks about the attention economy, consumption and culture.

When you’re promoting a new song, trying to find listeners along the way, you’re competing against a machine that is fed constantly with useless content just to steal your attention.

He notes, “The increasingly fierce competition for consumers’ attention is becoming corrosive, with clickbait, autoplay and content farms degrading both content and culture. What matters is acquiring audience and their time, the type of content and tactics that captures them is secondary. It is not just bottom feeder content farms that play this game, instead the wider digital entertainment landscape has allowed itself to become infected by their strategic worldview.

The algorithmic machine is designed to consume content. It has nothing to do with quality or the type of content. It’s calories in and calorie out. Artists, entertainers, influencers, and laymen feed the machine minute by minute and with each calorie consumed, it becomes bigger. The machine is like Pac-Man eating everything in its path.”

“Do not for a minute think this is a media-only problem. The corrosive impact of the attention economy can be seen right across digital entertainment, from hastily churned out scripted dramas, through to music. Artists and labels are locked in a race to increase the volume and velocity of music they put out, spurred on by Spotify’s Daniel Ek clarion call to up the ante even further. In this volume and velocity game, algorithm-friendly A&R and playlist hits win out. Clickbait music comes out on top. And because music attention spans are shortening, no sooner has the listener’s attention been grabbed, then it is lost again due to the next new track. In the attention economy’s volume and velocity game, the streaming platform is a hungry beast that is perpetually hungry. Each new song is just another bit of calorific input to sate its appetite.”

“In this world, ‘streamability’ trumps musicality, but it is not just culture that suffers. Cutting through the clutter of 50,000 new songs every day also delivers diminishing returns for marketing spend. Labels have to spend more to get weaker results.”

The only way to break free from the machine is to stop feeding it. It will eventually starve itself. It will still exist but it won’t be an overpowering force and content and culture will have value and meaning again.

“The music industry has developed an attention dependency in the least healthy environment possible.

“This is not one of those market dynamics that will eventually find a natural course correction. Instead, the music industry has to decide it wants to break its attention dependency and start doing things differently. Until then, consumption and content will continue to push culture to the side lines.”