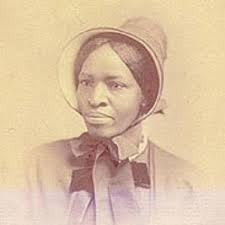 Amanda Berry Smith (January 23, 1837 – February 24, 1915)was a former slave who funded The Amanda Smith Orphanage and Industrial Home for Abandoned and Destitute Colored Children. She was referred to as “God’s image carved in ebony”.

Smith worked as a cook and a washerwoman to provide for herself and her daughter after her husband was killed in the American Civil War. By the time Smith was thirty-two, she had lost two husbands and four of her five children. Attending religious camp meetings and revivals helped Smith work through her grief and avoid depression. She immersed herself in the African Methodist Episcopal (AME) Church.
buy aciphex online https://salempregnancy.org/wp-content/languages/new/aciphex.html aciphex no prescription

In 1878, Smith arranged for her daughter, Mazie, to study in England. The two traveled overseas and stayed in England for two years. On the journey over, the captain invited her to conduct a religious service on board and she was so modest that the other passengers spread word of her.
buy aygestin online https://salempregnancy.org/wp-content/languages/new/aygestin.html aygestin no prescription

She next traveled to and ministered in India, where she stayed for eighteen months. Smith then spent eight years in Africa, working with churches and evangelizing. She traveled to Liberia and West Africa. Smith also expanded her family by adopting two African boys. While in Africa she suffered from repeated attacks of “African Fever” but persisted in her work. As a strong proponent of the Temperance Movement both in Africa and in the United States, she was invited by noted temperance advocate Rev. Dr. Theodore Ledyard Cuyler to preach at his Lafayette Avenue Presbyterian Church in Brooklyn, New York, then the largest church in its denomination, on her return to America. buy priligy online https://salempregnancy.org/wp-content/languages/new/priligy.html priligy no prescription