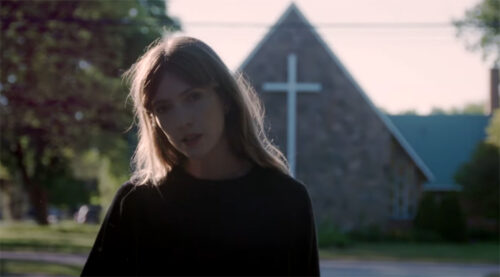 Look out for Linnea Siggelkow aka Ellis and the new track Hell. It took me a few times to get hooked and add it to KOAR’s Indie Invaders Playlist. I like it because it’s introspective and draws you in. You could feel the same effect if you pay attention. The song would fit nicely on Spotify’s Late Night Vibes Playlist.

The track comes off the ‘nothing is sacred anymore‘ out tomorrow 6/25. The Hamilton based dream pop artist previously released “hospital” and “what if love isn’t enough.”

“What happens to us when we die?” Siggelkow asks. “Obviously I don’t know for sure but I think the concept of hell in a traditional sense is very strange. Thinking about it as a place that exists in the afterlife feels like it discounts all the real and shitty things that people endure in this lifetime. Hell exists on earth, we see it all the time. I like to think that death isn’t the gateway to hell, it’s some kind of freedom from it.”