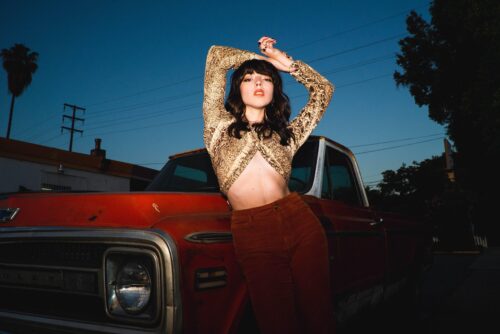 Look out for Calica and the track Letting Go. Fans of upbeat indie pop will enjoy. It would fit well on Spotify’s Indie Dancefloor playlist.

She built a decent sized TikTok following with over 250k followers. Her single Little Girl, went viral on TikTok that featured her father’s reaction to the song. Hailing from Miami, Florida, she graduated from the University of Miami Frost School of Music and began writing and producing alongside Grammy-nominated producer duo SMLE.

“Letting Go” is a really fun, upbeat disco track, but the lyrics are actually about what it’s been like being single for the last 4 years. It’s been a really independent time of my life, and I’ve sort of kept most of my romantic partners at a distance. I wrote the song as I was reflecting on the reasons why I’ve avoided getting into another relationship, and how an old flame back in Miami could be holding me back from being vulnerable with anyone else” shares Calica.