The Long Tail: The Tail Is Swallowing The Head 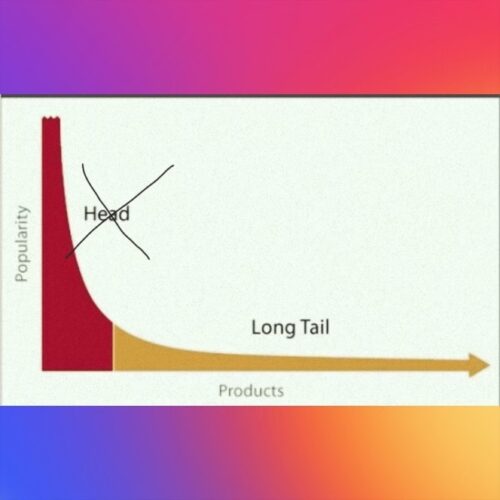 Distrokid releases 40% of new music, and to be exact, they roll out over 35k tracks a day and over a million a month. Spotify adds 60,000 new tracks to its streaming service daily.

More than one million pieces of music come out every month. It’s too much. Remember the theory behind the long tail? The hits are the head and the rest make up a long tail. We are at the critical moment where the tail is swallowing the head. The most popular artists sit at the “head” of the demand curve. The least popular artists make up the tail. But now, the long tail is eating the tail.

The majority of the released tracks won’t generate a stream while the indie labels are now outranking major labels in terms of total marketshare.

The elephant in room? The music biz is a zero barrier to entry business. Anyone can upload a track with no obstacles. Imagine a world that anyone could stock the pharmacy shelves with bedroom made concoctions. The drug business would collapse. Any viable business has obstacles. Without obstacles, the economics are grim.

There needs to be a multi-tiered system. A new framework that makes a distinction between spammers, hobbyists, and career minded artists. I don’t have the solution now, but it goes through my mind, and maybe someone will come along and figure it out.